Added to wishlistRemoved from wishlist 0
Add to compare

Handicraft Store Supreme Lord Vishnu in sea with his Weapon and Conch Shell, A Poster Painting with framing, Must for Hindu Religious and Worship Purpose

Handicraft Store Shiva with Durga and Ganesha in Himalaya, A Poster Painting with Frame for Hindu Religious Worship Purpose

Added to wishlistRemoved from wishlist 0
Add to compare
$9 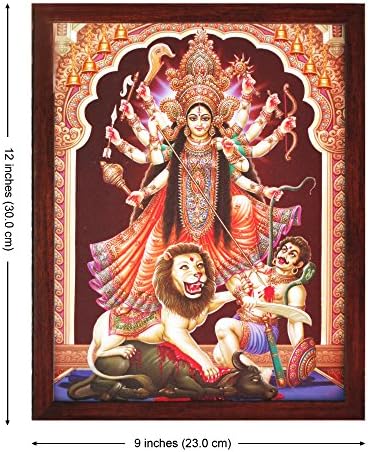 There are no reviews yet.

Be the first to review “Handicraft Store Goddess Kali Killing Bhairwa with His Lion, a Hindu Religious Poster Painting with Frame for Worship” Antworten abbrechen

Buy Now
About us