On June 12th, I packed my new Fujifilm X-S10 with the standard zoom Canon 24–70 f/2.8L and my favorite reportage setup (a Canon 5D Mark III with a Canon 70–200mm f/2.8L telephoto lens) and drove to the Pirate Cove base on Lake Kruchok in Kyiv, Ukraine, to shoot some nice pictures at the all-Ukrainian wakeboard competition.

The day before, I went to the rental shop to rent a lens extender to shoot close-ups of the riders from the shore. But although the manager said on the phone that it was available, it was not, and I went home empty-handed. Well, in that case, I decided that I was going to shoot as close up as possible.

I really liked the spot and the people — such a perfect place for a summertime beach experience with music, a pool, water activities, and a bar. I got to know a bunch of smiling people and then started shooting.

The competitions themselves are divided into groups: kids, amateurs, and pro. My process of beginning to shoot any competition always start with location scouting and making notes about the most favorable lighting angles. With this kind of competition, it’s easier to do this with the children competing just before the fast professional riders start. 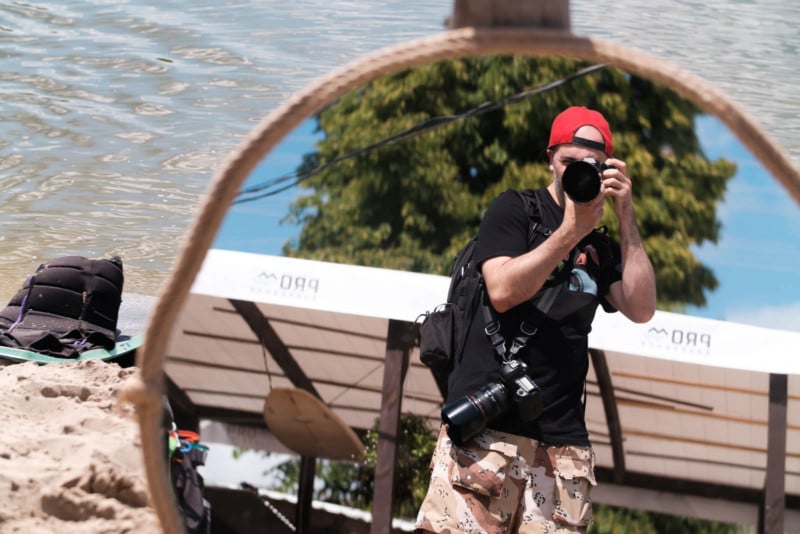 200mm was for sure not enough for me as I always want to shoot cool close-ups — otherwise, what’s the point of it all? And I figured that it wouldn’t be a problem if I got my clothes a little wet and went into the water up to my chest. If you want cool pictures, don’t be afraid to get a little dirty. I’m for not being a coward but also for having a bit of common sense, so of course I did not go on the track (firstly not to disturb anyone and secondly not to get under the boards). Therefore, I chose a position 45 degrees to the track between the floating buoys, about 8 meters from the ramp — what could happen there when the kids ride? And for the pro riders and the finals, I would change my position… 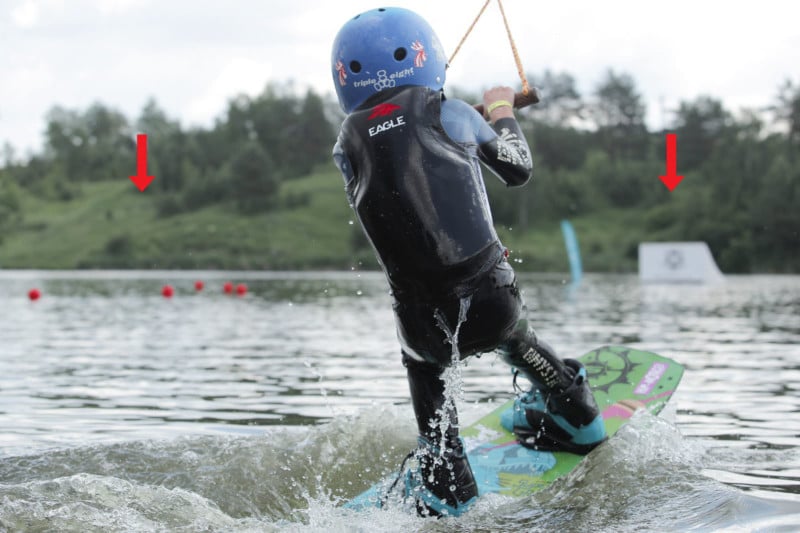 …I’m being led or carried to the bar, where I’m starting to flop onto the floor. I wasn’t even aware of what had happened. My jaw and stomach hurt, and there was a collarbone sticking out from the skin on my left shoulder. The caring people laid me on a sack chair, put ice on me, called an ambulance, and talked me into getting a shot of a painkiller.

The videographer carefully disassembled my drowned camera and packed it in a bag of rice. Unfortunately, my beloved 70–200mm tank had taken water inside and it didn’t look promising.

The ambulance came and took me to the emergency department in a small town nearby, and it was complete chaos there: people yelling, wiping blood off the floor, and rushing back and forth. The only thing missing was a burning man waiting in line for X-rays. The doctor explained things as clearly as he wrote, and you know how doctors write. I still did not understand what I should do next, because “you need an operation, but you can choose not to” does not sound very clear.

My faithful friend Talib, who ran sprints to the pharmacy and took me wrapped in a bandage, rushed to me by cab. At home, I suffered, buried my camera and lens in rice, and drank wine. I was then grimacing in acute pain when it turned out that I was not going to be able to sleep that night, but would have to doze off half-sitting. 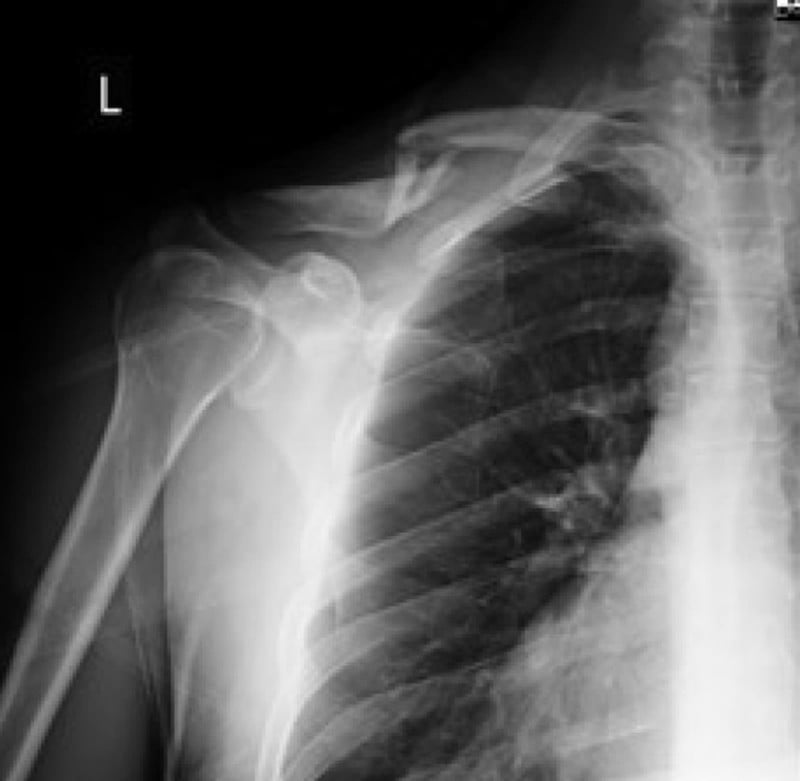 Two days later, I had a long bruise that looked like a dark dirty coal strip across the abdomen. My jaw developed a little and I went goose-step to get a second X-ray and consultation at a private clinic in my neighborhood in Kyiv. I am a firm believer that it is better to pay a fair price and get good service than go to the low-quality municipal hospital and start hating your life afterward. At least, that’s how it works in my country.

The radiologist reshot the picture of my insides and the doctor said that I would have to secure my clavicle with a titanium plate, as the two sharp splinters of my collar bone were sticking out dangerously and could puncture a vein, so it was no longer a question of choice. All of this will cost around $1,740 (or maybe a little cheaper if you take the tests elsewhere). I must sadly note that this amount is equivalent to around four months of income for many people in the capital of my country. 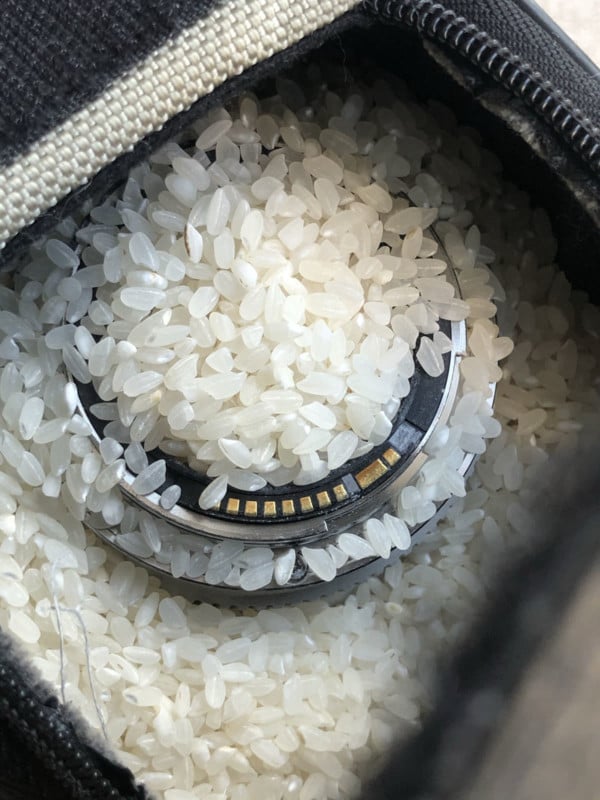 The camera went from my rice to Canon’s official repair service, which told me: “We do not give any guarantees”.

So, if you suddenly have a desire to f*** up your summer and incur over $4,000 in expenses in just one weekend, contact me, I’ll give you practical advice from personal experience!

Thanks to a large number of people, I found doctors and agreed on surgery in a military hospital in Kyiv for the more or less reasonable amount of $900 to $1,200, and a year later they’ll remove the plate and I will go through rehab. The exact amount of treatment is unknown.

The situation with my drowned camera and lens is also unknown. Right now it seems 50/50 that it’s dead — it won’t turn on at home — so that’s $1,600 to $1,800 down the drain, plus my wasted advertising costs and lost profits of not being able to shoot over these next months.

So, what actually happened at the competition? I was standing in an unfortunate time and place in the water, where I was completely knocked out by a 10-year-old girl who flew where she should not have flown.

All this could have not happened if could have just rented the extension tube for my lens for a few bucks. It’s such an interesting chain of events.

P.S. If you have any desire to support me in this dark period by helping me financially with my medical operation and new gear to replace my drowned kit, I would be very grateful. 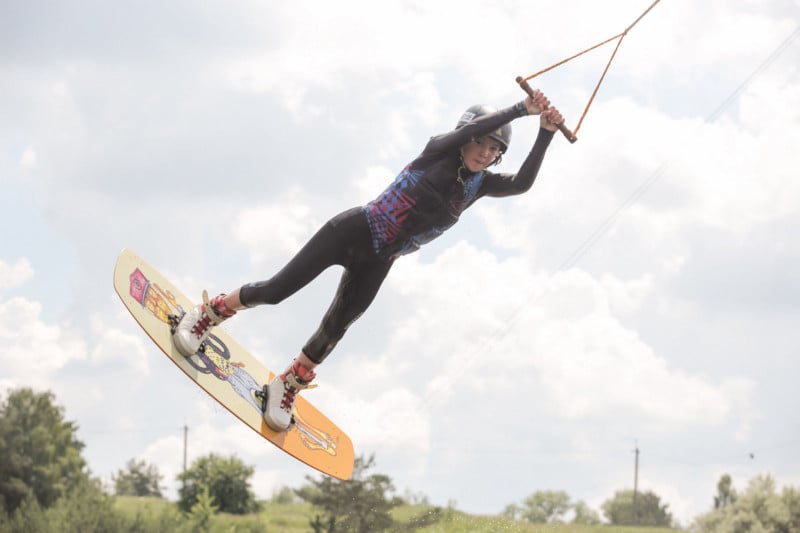 About the author: Gennadiy Kravchenko is a reportage and concert photographer based in Kyiv, Ukraine. The opinions expressed in this article are solely those of the author. You can find more of Kravchenko’s work on his website, Facebook, and Instagram. This article was also published here.

7 Things to Try During Your SL2 Test Drive