It May Be September, But We’re Not Done Drinking Rosé


The Giant of Languedoc is steadfast in his beliefs. Well over six feet tall, handsome and silvery, Gérard Bertrand glides through the cocktail hours, dinner parties, and concerts of this summer’s Jazz à L’Hospitalet. Charmed guests, colleagues, and staff orbit him throughout the biggest event of this year in green and peaceful Narbonne. On the heels of 2020’s pandemic hiatus, some attendees seem particularly frenzied for connection, clutching their glasses of sparkling rosé as they clamor for a few words with the man who made it.

The owner of 16 wine estates in France’s Languedoc-Roussillon—a region with millennia of viticultural history and a reputation for producing exceptional rosés—Bertrand is also said to be the largest independent producer of biodynamic wines in the world. After patiently waiting my turn to speak with him, the ambient bustle seems to calm as the winemaker fixes his eyes on mine. “We have to explain to people that biodynamic farming is more than a philosophy,” he insists. “It’s also a cultural method. This is the best way to keep the soil alive.”

My ordinarily oversensitive bullshit meter is mellowed by some combination of jetlag, the dazzling Mediterranean sunshine, and this guy’s distractingly perfect hair; I’m instantly sold.

I’m not alone—convincing people to see wine the way he does is kind of Bertrand’s thing. For all his successes, this local boy and former pro rugby player hasn’t ventured far from home. He grew up caring for the vines on his family’s vineyard, Château de Villemajou in nearby Corbières—the business he took over at 22, following his father’s untimely death. Even then—long before Languedoc was recognized as one of the world’s great wine regions, and certainly pre-dating Instagram’s recent love affair with rosé—Bertrand had a sense that his homeland was destined for distinction.

A personal interest in homeopathic medicine eventually led him to Rudolf Steiner’s writings on biodynamics, and in 2002, he started experimenting with those techniques on a few acres of Domaine de Cigalus, where he lives with his wife and two children. After some promising results, Bertrand then began applying what he learned throughout his steadily-growing empire of wineries.

Biodynamic viticulture prioritizes the use of animals over machines when it comes to aerating the soil. Kat Craddock

To date, he has converted all of his nearly 2,200 acres of vineyards over to biodynamic practices (many are fully certified, while the rest are currently in the process of conversion). With such a vast portfolio, he’s hardly zeroed in on any one color or style; the Gérard Bertrand website currently offers dozens of different varieties for sale in the U.S., including reds, whites, and even an orange wine. But right now, we’re in the South of France: Is there really anywhere else in the world more synonymous with rosé?

The widely distributed Côte de Roses Rosé is a classic summer wine: Refreshing and fruit-forward, with a candied scent and a crisp, dry finish. Kat Craddock

MYTH: Rosé is meant to be drunk young.

Ok, there is something to this one: Traditionally, these easy-drinking wines have been made with the intention that they’ll be drunk right away—as in, within a year or so after bottling. But that doesn’t mean you should worry if you forget a bottle or two in the cellar. Stored properly (in a cool, dark place) these classic, casual rosés will remain fresh and lively for a couple of years. That means you can feel free to take advantage of the seasonal sales at your local wine shop and stock up for the cooler months, when many stores pare down rosé selections to make way for heavier reds.

While most of these breezy bottles aren’t intended to be aged, that doesn’t mean truly cellerable rosés don’t exist. Vintage rosé champagnes, for example, improve with the grace we all hope for, growing in beauty and gravitas over the course of decades. In nearby Provence, the Peyraud family’s Domaine de Tempier has long produced a coveted blush Bandol which is snatched up as it drops each spring; while most consumers almost certainly drink this wine young and fresh, Jancis Robinson wrote tenderly about tasting a 27-year-old bottle of the stuff, describing it as “probably the finest pink wine I have ever drunk.”

Six months on the lees in French oak give Bertrand’s biodynamic rosé the stability it needs to age beautifully in the bottle for a decade or more. Kat Craddock

In 2017, Bertrand took over a Cabrières estate now known as Clos du Temple with the intention of creating a biodynamic rosé worthy of a long-term residency in the cellar. He selected the vineyards for their particularly rosé-friendly soil—a combination of limestone and schist—and climate, which together produce juice with heightened structure, freshness, and minerality. Six months on the lees in oak stabilize the liquid’s color and complexity. The resulting wine is perfectly lovely young—spicy and a little bit creamy, with pretty notes of peach and orange blossom—but Bertrand urges restraint, pointing out that it’s meant to improve for five to 15 years, if not more. “We want to put rosé in a new paradigm,” he says. “What was important for me was to deliver a sense of place, of the terroir. But for that, you need to wait a little bit in order to have those secondary aromas.”

MYTH: Rosé season is over.

While no one can argue with a chilled glass of rosé paired with peak-season summer produce, that’s hardly a reason to stop drinking blush wines once the temperature starts to dip.

Laurent Chabert, the 28-year-old chef who oversees culinary operations at Château l’Hospitalet and L’Hospitalet Beach, keeps a lush kitchen garden on the winery grounds, and while he acknowledges that the Château’s house blush is a natural fit for shellfish and summer classics like heirloom tomatoes, he’s also quick to point out that rosé pairings remain on the menu year-round.

In the fall and winter, he pairs them with roasted root vegetables perfumed with “garrigue”—the medley of aromatic herbs growing wild throughout the Southern French countryside—in addition to truffle dishes, and just about anything with saffron.

It’s not just Chabert. Restaurants in the area offer rosés with heartier fare as well, including the casual dockside La Cambuse du Saunier Gruissan, which serves a surprising riff on cassoulet made with Toulouse sausages, tender braised cuttlefish, and an aromatic flourish of sauce persillade. The hearty bean stew is a revelation paired with any of the seven local rosés on the menu.

In winemaking as in spirits, age and price, while not strictly codependent, are obviously linked. Blush wines are typically sold young, so it follows that the category includes loads of great, affordably priced options.

Many rosés on the market—plenty of very good ones!—never see a day in oak, let alone years in a cellar. Since winemakers and somms needn’t sink precious time into the category, they’re able to sell crushable pink wines at a much lower price than more onerous styles. Bertrand’s sweeping selection certainly includes attainable rosés—most notably the pearly, mineral Gris Blanc (frankly, a steal at $16).

However, age and cellarability are not the only indicators of price. Sustainability concerns come into play as well. Many natural winemakers, among them the team at the devoutly biodynamic Clos du Temple, practice more time-consuming farming techniques that prioritize the health and wellness of the land—and of the people and animals living on it—over scale. This typically results in smaller—and, many argue, better—outputs than conventional methods. At $175 a bottle, Clos du Temple is one of the most expensive still rosés available today. Does this exclusivity defeat the purpose? Bertrand doesn’t think so. “It’s important to help people to believe in a better future,” he tells me. “We don’t need to drink wine to stay alive—not like you have to eat every day—so viniculture must be an example for the rest of agriculture. That is the reason we push so very hard.” 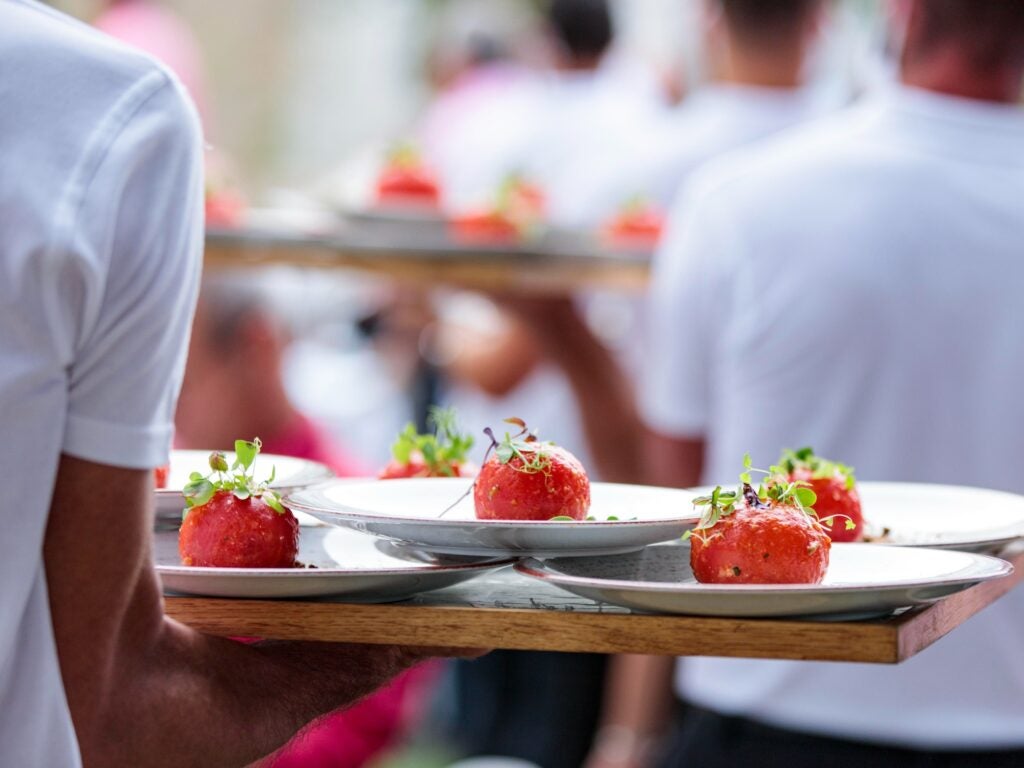 Get the recipe for Tomate à la Narbonnaise »

Get the recipe for Razor Clams en Persillade »

Why Camera Sensors Matter and How They Keep Improving